Research and subsequently reading are critical components to MkII executing on its ethos and vision. Bringing consideration and respect to the homage process demands a depth of knowledge and a willingness to learn and consider. To date we’ve largely kept that background to ourselves, if for no other reason than we weren’t sure if our customers would care. It took 6 years to develop the Cruxible and through its evolution we asked ourselves why people should still care about this design since it largely seemed to be forgotten. We knew deep down that it was important but struggled to conceptualize our attraction to this project. As we researched the design through books and documentary footage we gradually came to the realization of its potential symbolism.

The American experience in WW2 is the only and most recent experience of national sacrifice. From those on the homefront that had to live with rationing, the women that entered the workforce, the children that worked to collect metal, and obviously those Americans serving in uniform. You can’t say that about any conflict since; not Korea, Vietnam, or even our more recent wars in Iraq and Afghanistan. “The War” by Ken Burns introduced us to the 100th Infantry Battalion and the 442nd Regimental Combat Team for the first time; demonstrating to us how complete the national effort had been. The story of the Japanese Americans fighting in Europe led us to wonder how did the other minorities react to the challenges of WW2 and were their experiences and motivations similar. We were surprised, as well as heartened, by what we learned over the last 18 months of Cruxible’s development. What we learned gave us a new understanding to the power of the phrase “...Life, Liberty, and the pursuit of Happiness.”

For the most part, those immigrants that arrived here voluntarily (i.e. the notable exception being the African-Americans) experienced similar discrimination, some of it more pronounced than others. The veterans that you will learn about fought for freedom but also for many of them to prove themselves worthy of full-citizenship. It is without a doubt that proving your worthiness should not have been necessary or a prerequisite, but they took the opportunity they saw as being presented to them. For most the results of the post-war would be extremely disappointing but the experience at the very least laid the foundation for the progress that we have made as a country since then. Their sacrifice gave meaning to America as an ideal/mindset and not one rooted in ancestry. The universal appeal of our ideals even when we fell short in expressing them is the foundation of America’s true strength.

Over the coming months we will share our sources and highlight the books we read in the aspiration that it will motivate our followers to explore the subject more deeply. A summary of all the books we used is pictured at the top of the page. Feel free to get ahead of the curve….

(see Disclaimer at the bottom of the page) 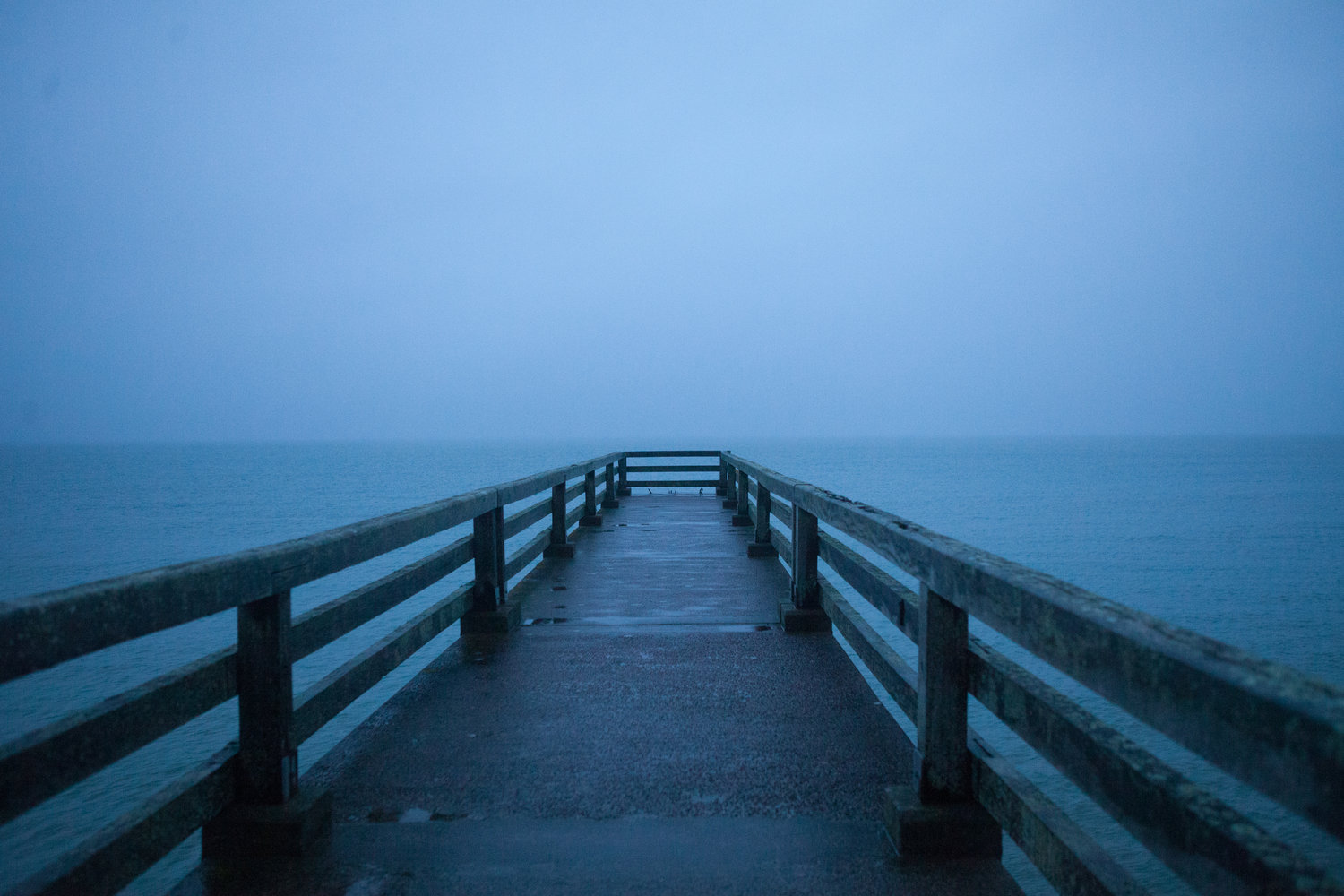 Omaha Beach, Vierville-sur-Mer: Daybreak just after the tide came in on a modern observation pier built out from a wrecked Mulberry harbor section. We were hoping to see beach as it might have looked at the time of the landings but the tides didn’t work in our favor. 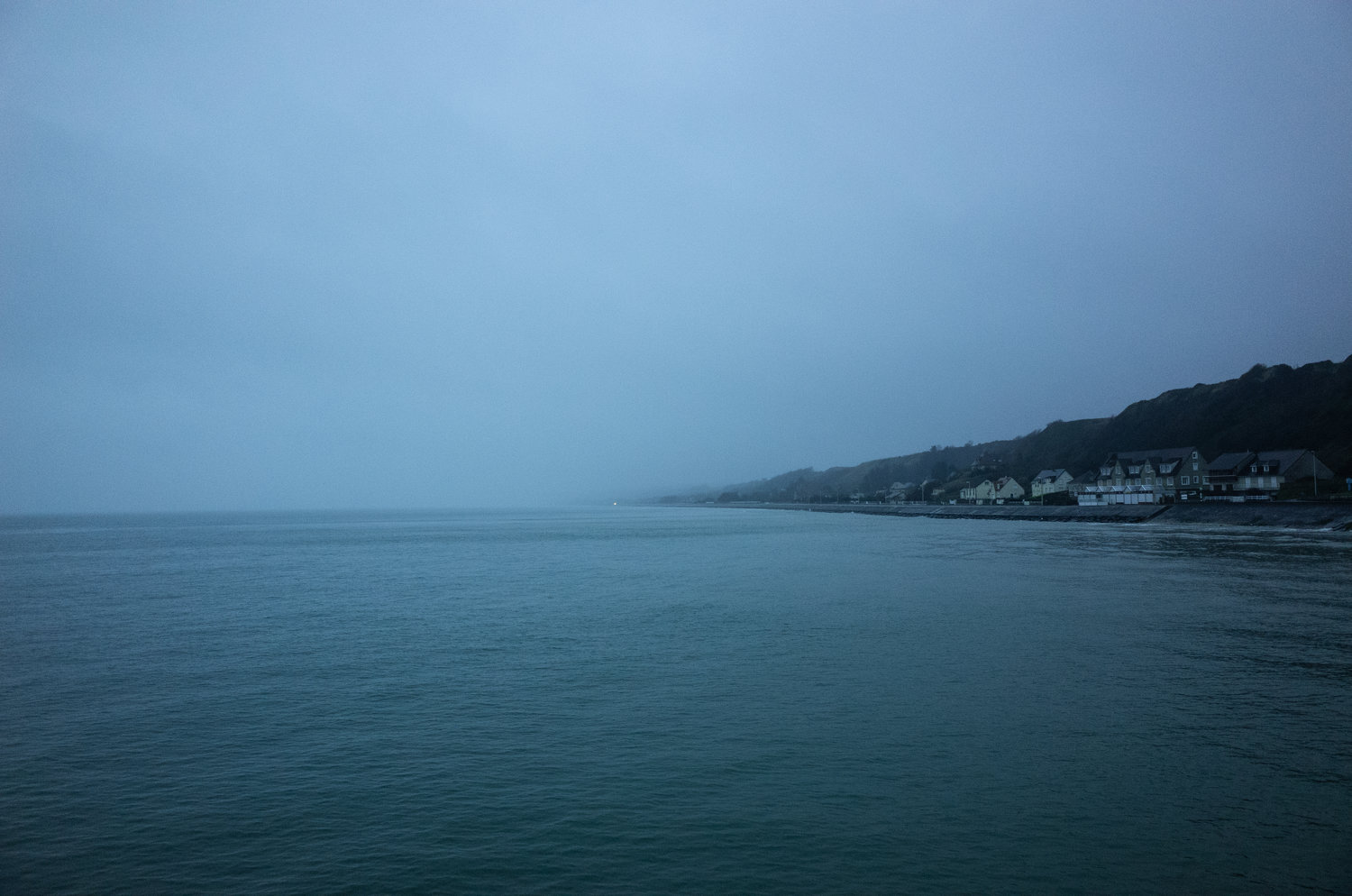 Omaha Beach, coastline: As seen from the observation pier at daybreak. The locals have largely reclaimed the beach as evidenced by the houses built just beyond the current sea wall. 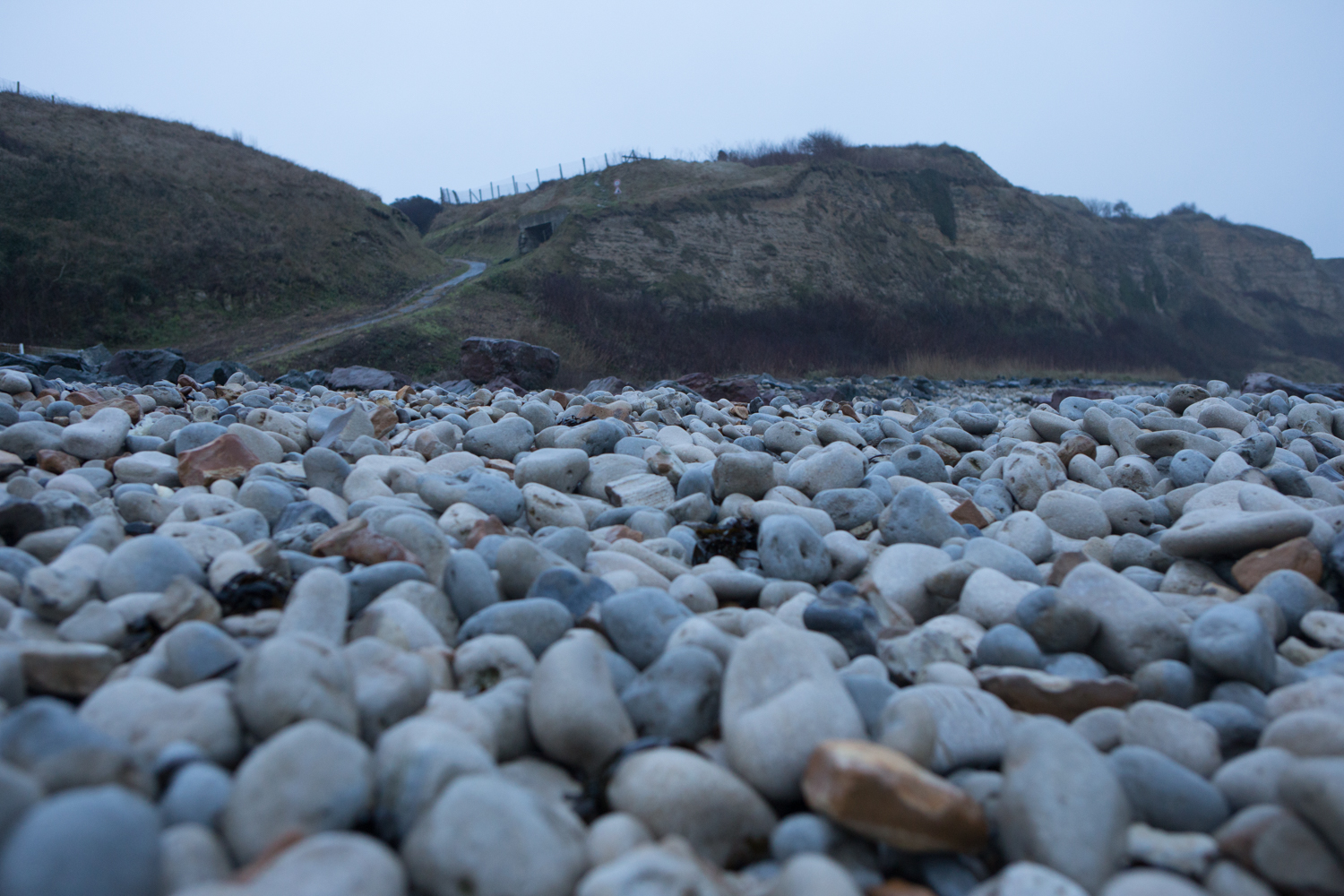 Omaha Beach: Shingle level view of the cliffs overlooking Omaha and part of the extensive defensive network. Right before the curve in the path off the beach there is a defensive position. These positions were often times placed to face parallel to the beach rather than facing the ocean. This made any fire from the position more difficult to spot from the sea side and harder for off-shore batteries to target. )Part of Omaha is what is referred to as a shingle beach (i.e. covered in rocks).) 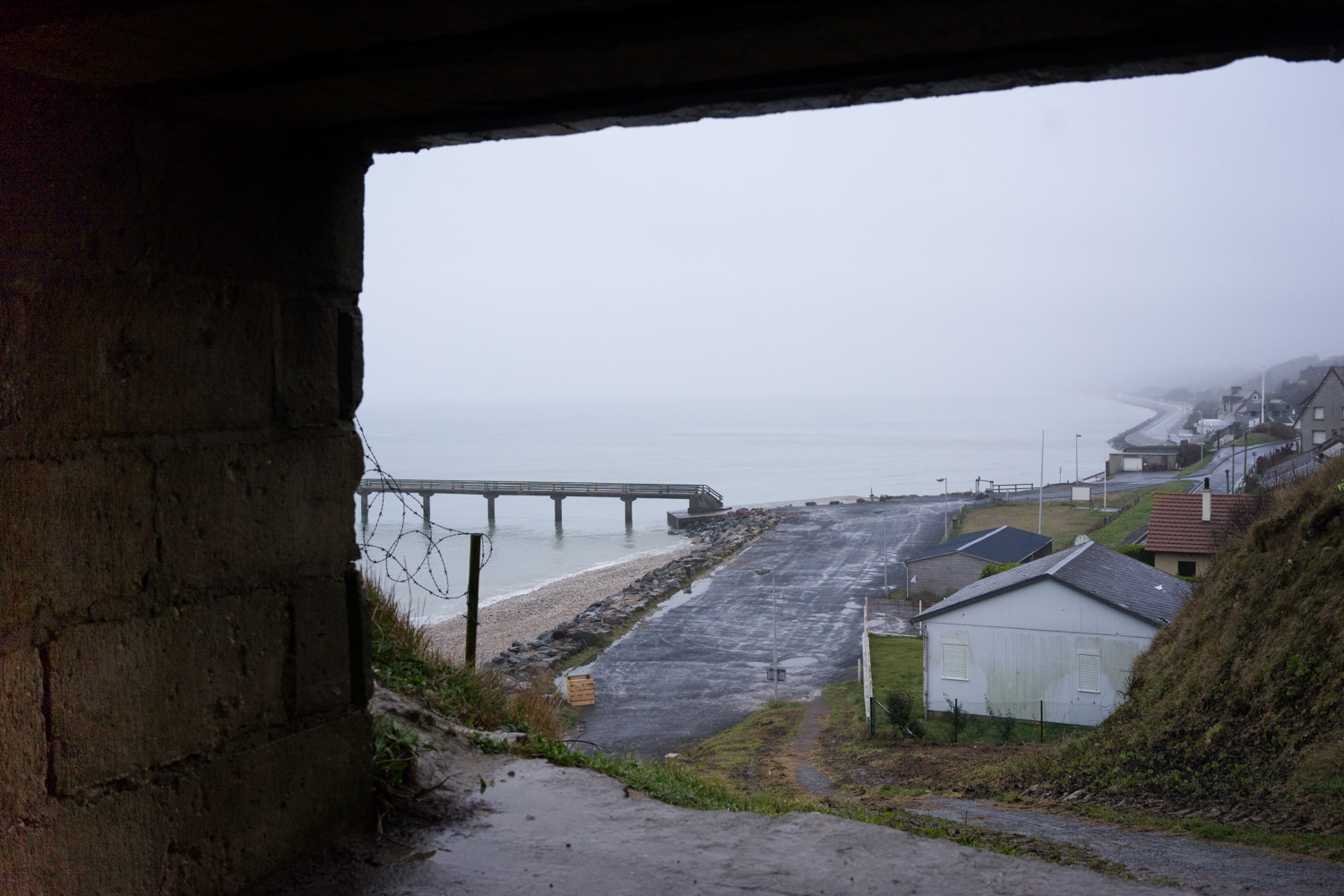 Defender’s vantage point: This is the view of Omaha from the defensive position shown in the picture above. It gives a complete and commanding view of the entire landing area to a gun crew ensconced in the concrete shelter. The Germans had mapped and pre-sighted every section of the beach in order to make it possible that even in-direct fire could be rained down on the Allied troops at will. 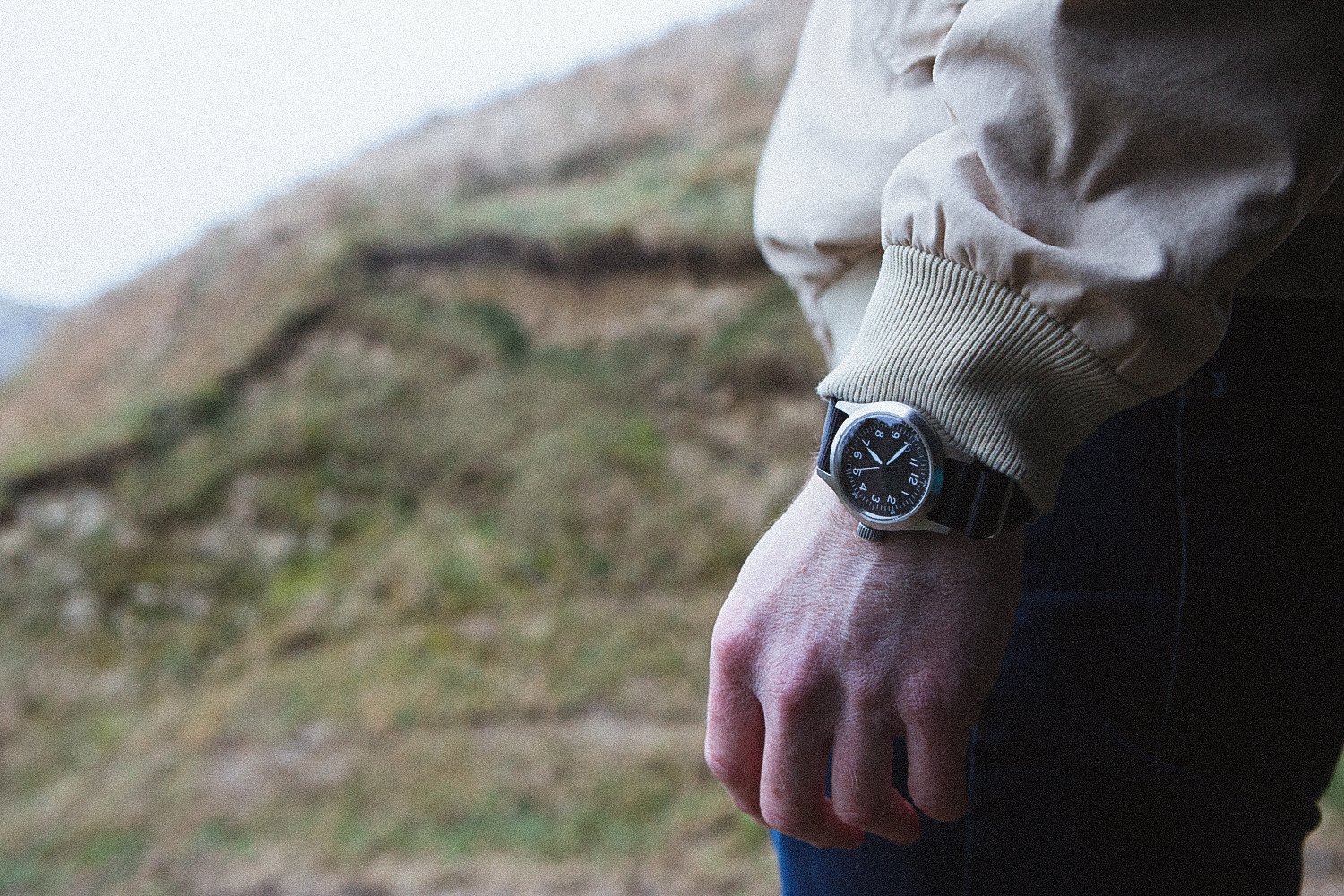 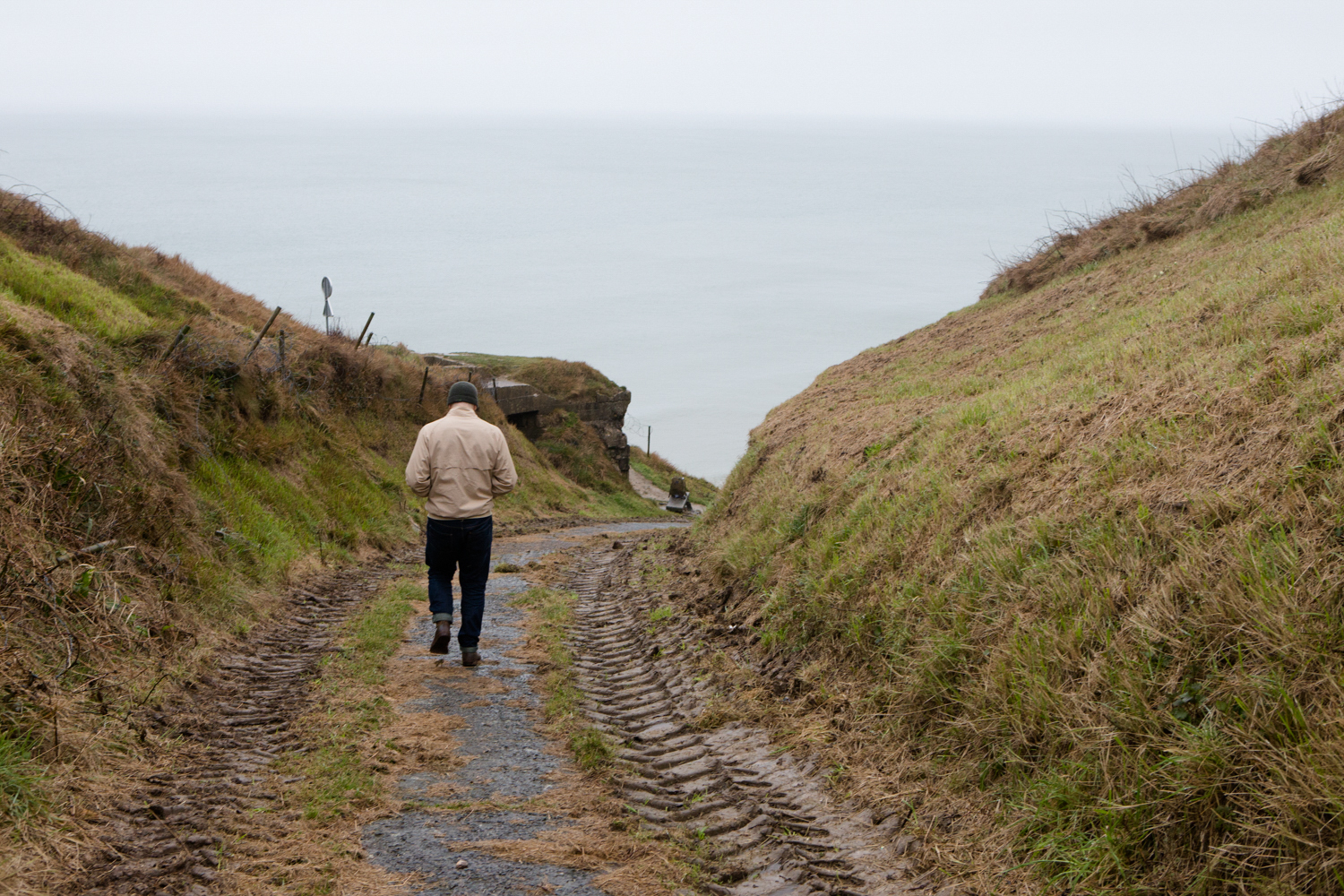 Before we started this research project in support of Cruxible we considered ourselves well read and informed about WW2. If you are anything like us your ignorance isn’t the result of any fault of your own. It is a byproduct of the economics of entertainment and some racism of the past. These aren’t stories that historically would have appealed to a large enough audience to be profitable from a business perspective. In other cases the stories were suppressed in order to maintain the social status quo at the time and then largely forgotten in the intervening years. This series is not about diminishing the value of the stories you know, but about presenting a more complete picture.

We will do our best to present the facts as we have found them. We don’t expect our conclusions to be controversial based on what we have found in the books we are highlighting but expect some of them to be surprising. The broad outlines of what we are saying are true but for the sake of time we will not be able to footnote/document every detail. We choose books as our primary sources but also are supplementing that information with background information from documentaries done by reputable sources. We purposefully chose works that were published rather than relying on Wikipedia or other quicker online resources because these books and documentaries have been researched, in many cases by professional historians, and unless noted have been verified.

The topics that we will touch upon will make people uneasy but the reason why we chose this medium to do this is because it is gives everyone the privacy to review and reflect upon the information at their own pace. Kindly try to keep the following in mind: a) racism and discrimination is a human condition, we are all susceptible to its appeal b) we as humans have all been responsible for doing terrible things to each other at one time or another just some happen to be more recent and better documented c) this is about reminding ourselves of the past so that we cherish the good and learn from our mistakes and d) this series is not about assigning guilt or fault. We don’t expect to solve the problems plaguing society but we do hope to lower the temperature and make discussion more productive.